Can I kick it? Yes you can! Can I kick it? Yes you can! The 7th Year of My Year End List!
This year has been extremely eventful in my life and also for this country. In a time of uncertainty and unrest, sometimes music can play a role. I would argue that music can expose problems and can also celebrate progress. I hope that we have some of both in the coming year. When people can escape their own struggles through music or feel the struggles of others, music is impactful. This is a simple music list made by a simple man. What do I know? I think I know that 2017 is going to very interesting. Let’s hope that there is still hope. Let’s hope that we can still make it through. I know I love my family and friends. I know that the masses are still good and want a positive future. Enjoy a list of songs that will hopefully make you feel happy, sad, and everything in between. I hope this list provides that. That is why art exists.

(I’m told this is best viewed using Google Chrome)
Of what I’ve heard, here are my lists… Enjoy.

Album of the Year 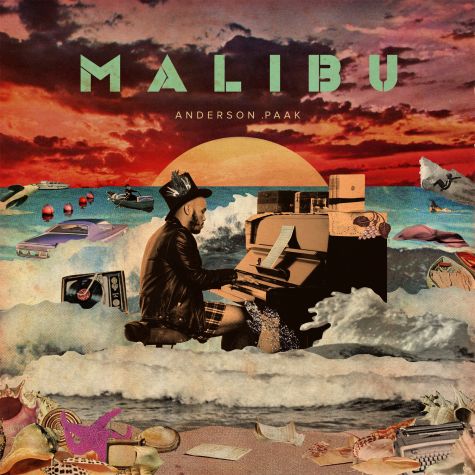 My #1 Album of the Year comes from California singer/rapper Anderson .Paak. Malibu is a Pop/R&B album with some moments of rap. I could easily put 10-12 songs on the Top 75 songs list below just from this album. This album on first listen caught me. It exudes joy and excitement. Anderson .Paak sings with an energy that makes you feel his struggles and triumphs with life in general, becoming famous, and of course women. Malibu is an album that has a California feel (sun, warmth,bathing suits) but feels right at home in my car in Indiana (in the freezing rain, shaking, questioning your existence in this frozen hellish cold).  I think this is how people in the 1960s felt when listening to James Brown. There are less ad-libs (“Yes Lawd!”) but that energy is felt.  Anderson .Paak is an exceptional singer and drum player which might overshadow his song writing. The soul crushing line of honesty that made me fall in love with this project is delivered two minutes into the album.

This honesty and soul is felt throughout the album. I would not consider myself an R&B fan or Pop connoisseur, but I love this album. I would suggest to just any music fan.

Pleasant Surprises
Frank Ocean – Blonde — I was shocked at how much I liked this album this much. I went into it curious and hopeful. It blew me away. This could be considered CO #1 Album of the Year. I actually began writing a paragraph explaining why this was my album of the year. Then I decided that Malibu barely edged it out. Blonde is a great album. Frank Ocean has taken all of the best parts from Channel Orange and made an entire album. It is brilliant.

A Tribe Called Quest – We Got it from here…Thank You 4 Your Service— I had no idea this was even in the works. I know when Phife Dawg died I thought it would be cool if they made one more album before he did. It happened and it’s really good.

NoName – Telefone — A brilliant writer/rapper who uses so many emotions and amazing writing to make otherwise simple music, feel complex.

Mr. Lif – Don’t Look Down – First album in seven years and Mr. Lif reminded me why I loved him in college.

Ka – Honor Killed The Samurai – This is the most underrated rapper in the world. This album is part Wu-Tang part MF Doom and part Ka. Hip Hop heads will appreciate him.

Live Performances I saw this year: In no order (New Section)
None (We had a baby, leave me alone!)